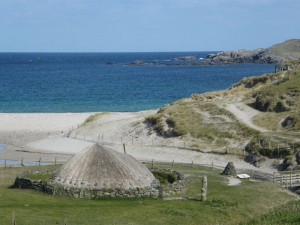 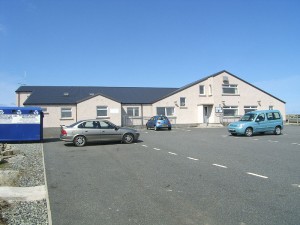 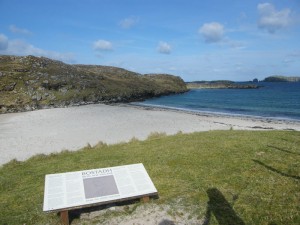 is a small island connected to Lewis by a bridge on the B8059.

At Bosta in the north west, the island has a wonderful beach, and an 'Iron Age' village.

One of the Iron Age houses excavated in 1996, has been superbly rebuilt, and entry is available during the summer.

The Iron Age house and village was discovered after a large storm surge in 1993 washed away part of the dunes, revealing organised stones.

The island also has its own museum and cafe at Breacleit, situated within the community centre.

The island has many antiquities including standing stones, duns and a restored Norse Mill.

Facilities include a shop and fuel